Life is one big freeway…traffic flowing back and forth. We use these highways as a way to get from one destination to another. Each day many of us incorporate these roadways as a part of life…yet, underneath the surface there is a far greater highway in existence…one called the “Human Highway.”

So what is this Human Highway? Well, here goes…on one side of the road are the “abusers”…on the other, the ‘”abusees.” And right slap dab in the middle is the “divider”…the middle ground. We become one of these three in Life. So let’s address each one individually:

The “abuser” is a person who has to have total control over all situations…they have to feel that their opinion reigns over all others. The abuser’s wants and needs supersedes those of wife/husband, family, and friends. Every decision, thought, and action is geared towards the accomplishment of what’s right for them. Gifts, blessings and kind words are given under false pretenses, as a form of deceiving an “abusee,” so that the abuser can get more. The abuser is the ultimate emotional blackmailer. They set up their lives to make all roads lead to them. With all this manipulation going on, what they don’t realize is that it is totally self-destructive. One habit that the abuser always reveals as a show of hand, is that once someone catches on to their plans, they abandon the person and replace them with someone new…kind of like when a lightbulb burns out, and it is replaced with a new one. The abuser is so caught up in themselves that they lose full meaning of the word “Love.” In some crazy way, whether they care to admit it or not, they look at others as nothing more than “work ants” for their causes and needs.

The “abusee,” on the other hand, is completely the opposite. Most times they are kind, sensitive, and peacemaking people. They don’t like conflict, they don’t enjoy turmoil…they try everything in their power to make people happy. This person is who the “abuser” makes a bulls-eye for. The “abusee” will sacrifice time and time again for the “abuser,” even blaming themselves when anything goes wrong, or anything brings a frown to the face of the abuser. Some abusees are able to break free from this affliction, after a little while…while others may take years, if not their whole lives. Unfortunately, after a while being emotionally beaten can start to become normal for the abusee, and they can start to forget that anything is wrong. They accept their position willingly, unless something jolts them back into reality.

The “divider,”… this is the point and the position where abusers have realized what they are doing is wrong, and have given up part of their power to compromise and share. The point where the abuser acknowledges that there are goals, dreams, opinions and feelings other than their own. At the “divider,” the abusee comes to the conclusion that few of their opinions or feelings were ever respected, and step by step they start taking a grip of the reigns of their life and reestablishing control over their destiny, while not becoming abusers themselves. For abusers and abusees to make the journey to the divider, most importantly they have to accept that they have a problem.

Is it any wonder why there are so many problems in the world? This Human Highway crosses all boundaries…rich, poor, young and old. Without the right physical and mental structural foundation to build upon, it is practically impossible for any of us to accomplish what we deem important in our lives. Here are three quotes that represent examples of the three parts of the equation. The “abuser”: “Some people get what they want, some people don’t.” The “abusee”: “It makes me happy to see you happy,” and, the “divider,”: “Let’s sit down and compromise.” These three quotes represent fully the three different viewpoints.

As I’ve said, most of the world’s problems can be broken down to basic fundamental issues. There are no mysteries why man has only progressed so far…but until we begin to look at the root causes, nothing will ever change, no matter how much we try to wish it away. 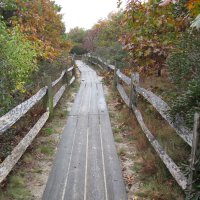 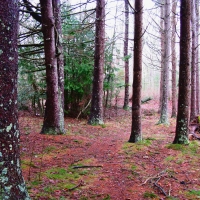 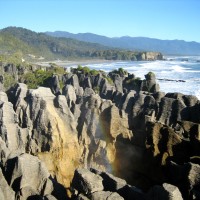