There are many at this time in our country dissatisfied and frightened by the apparent lack of ethics in our political arena. I have even heard commentators use the expression “Our Founding Fathers must be rolling over in their graves.” If I was a Founding Father, I cetainly would be rolling over.

If you look at our country as a large tree with deep roots, which represent the Constitution, then the branches of the tree are the various elements of the government….and at the top of the tree sits the President of the United States. The military, who from what I understand are required to read the Constitution on an annual basis, are the ones defending the Constitution, the roots of the tree. When people hear statements on the news like one coming out of Illinois the other day that said people of that state will be able to bear arms, but maybe only if they first purchase a million dollar insurance policy to do so, then the Constitution is being threatened. The Second Amendment was not written to give people a chance to go hunting….it was written so that the folks can defend themselves against tyranny. Tryanny is, for example, when only the rich can afford an insurance policy to have the right to bear arms!

Lobbying is not American. It is not a part of the Constitution. It is using the money from special interest groups to influence senators and congressmen….creating an unequal playing field….once again, not American. One can bend and weave all they want, but at the end of the day I think most Americans know what this country is supposed to truly stand for….and that’s why they are becoming so upset.

What is the answer? Perhaps all of us who haven’t done so should pull out a copy of the Constitution, read it, and see if their elected officials are following it. If not, then we should demand more…more of our officials, and more from ourselves. If we just sit back and act helpless, then we deserve what we get. We are where we are not because enough people are involved and care….it’s because not enough people are involved or care. And why is that so? Because we’ve become lazy….we are a country that eats too much, drinks too much, and chases after material goods beyond our reach. Time to tighten the belts, put down the drink, and get our house in order.

The American Dream is still alive and well….just hidden under masses of neglect and carelessness. The American Dream is a concept….written by the hand of man through the breath of God. We must demand that it be kept alive, and that all of us…elected officials, government, and the person on the street, vow to uphold it. And those who don’t…well, maybe they should buy a boat and go live on an island somewhere….preferably far far away from the coastlines of the United States. 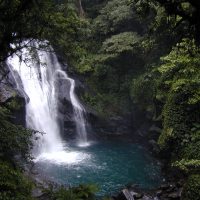