This is a story about a little dog named Joey. As I have mentioned before, I am the proud owner of 3 little dogs named Elsie, Freddie and Phoebe. As you can imagine, taking care of 3 dogs can be quite challenging at times, but believe me, I get back much more than I give from these 3 little creatures. I fully intended to draw the line at 3…….until one day I paid a visit to my local pet shop and saw through the window a little puppy that looked just like Freddie. At first I said to myself, “I don’t need another dog! It’ll only be a matter of time before this one is purchased.” After a month, I noticed nobody had paid much of an interest to the little dog. I asked the store owner, “What seems to be the problem?” She mentioned that the story on the television show Dateline had hurt her business. The story involved how dogs are treated at puppy mills and shipped nationwide to many local pet shops. She assured me her dogs did not come from those puppy mills. Perhaps….or perhaps not….but this little dog was still sitting in his cage after being in the store two months later.

After two more months I decided I was going to take the dog. As I pulled up to my front door my 3 little dogs noticed that in the box was another dog. I asked myself, “I hope they can all get along.” One way or another, this little dog that I named “Joe,” was joining our family. I was determined to make it work.
The first few days each dog was checking out the new arrival, testing their turf, seeing where they fit. 3 dogs were working out becoming part of a group of 4. The first week I was fascinated how these animals worked out their differences, assigning little tasks to one other, developing new relationships, and strengthening the emotional bonds between them. Joe, in a way, is very lucky. He has 3 great teachers to help him adapt to our family faster, and lo and behold, has he adapted! Now 2 weeks later Elsie, Freddie, Phoebe and Joe have bonded together, settled their differences, without losing their individuality.

The point to this story….surely we humans can’t be less smart than dogs, right? How do we, in our lives, settle our differences? Peacefully, I hope. Can we all exist in this world as individuals, inside and outside of groups? We have a lot to learn from animals….wouldn’t it be strange and interesting if at the next Peace Summit or General Assembly, members of the representing countries had to observe how puppies bond and grow together? Maybe there’s a reason why dogs are called “Man’s Best Friend.” 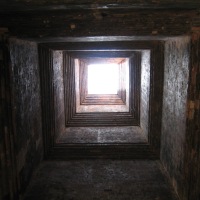 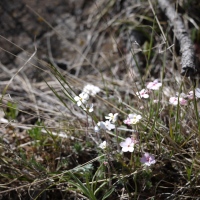