9/11, Afghanistan, the Enron Scandal, Wall Street’s Bear Market, the Conflict in the Middle East, the Catholic Church Scandal, etc…….over the past eight months this is what has been surrounding us, either at home, at work, or everywhere else in-between. Nerves are frayed, people are confused, and who knows where all this will end up? We are all involved in something called, “The Waiting Game.”

So how does this game work, we may ask? Well, we all sit in a room, watch the headlines come across on a television set, stare at the blank looks on each other’s faces, listen to the silence, until someone gets up and says, “What the heck is going on??” If somebody presented this script a year ago about what has happened to us all in the past eight months, no one would have put it on the screen, because it wouldn’t be believable. As we all well know by now, it is very much real. So here we all are, playing the waiting game, hoping things get better, hoping that there is someone out there who can change the course of current events and guide us to calmer waters. A major money manager on Wall Street was interviewed today and he said the market always seems to know what is going to happen before we do, in some mysterious way. Sadly, even he has to admit the market looks confused. One day up, one day down, and it too, since 9/11, has been in a holding pattern. It too is playing the waiting game.
We all have our opinions of what’s going on….sometimes we are in agreement, sometimes not. But as we sit playing this game, one little secret starts to emerge. Many of the conflicts that have risen in the past few months have been caused by procrastination. 9/11 happened because America’s defenses were down. America had become so complacent that we seemed like the crew on the Titanic, believing we were unsinkable. As it has been shown through testimony, the Enron Debacle was a long time coming…”creative accounting” had become an art form! The Middle East conflict has been going on for over 35 years…it didn’t just start yesterday. The priest scandal in the Catholic Church…it too has revealed how far back it goes. Recently released documents show that some of the problems date back to at least 1972, or further. All these crisis’s have been coming on for years….what is shocking is that they all seem to be arriving at the same time. Could it be that this procrastination has spread through our world like a virus, infecting many different countries, industries, and religions? What did we think….if we leave a problem alone it will eventually just solve itself? We now know that not to be the case. So we wait….and participate in the waiting game.

This game of waiting, over time, can make one feel powerless and insignificant. Nothing could be further from the truth. At some point these problems will be solved one way or another, hopefully in a peaceful fashion, so that when we look back on these times we may learn that it is not wise to procrastinate. While we sit in our room playing the game, the ultimate fear is the unknown. We all wonder how and when this game will end. I am an optimist, because pessimism is self-fulfilling. These are the times when great people come forward with new thoughts and new ideas…to make us more humane and inventive. The unknown doesn’t have to be so frightening….we all have a hand in shaping it. All great things have come from thought. What one person dreams today, may become tomorrow’s reality, and make the world a better place. 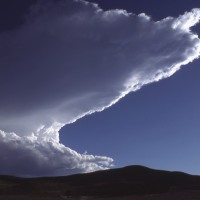 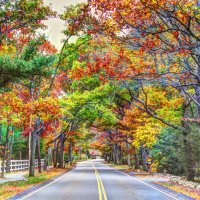